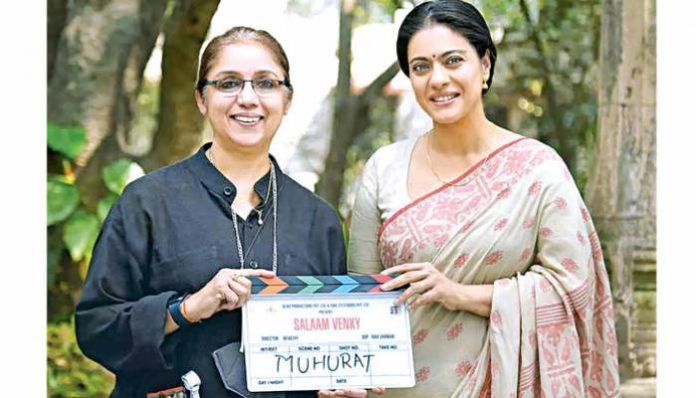 Kajol said Friday that she has begun filming for her next film, “Salaam Venky,” which will be directed by veteran actor and filmmaker Revathy.

The project, formerly known as “The Last Hurrah,” was announced last October, according to PTI.

“Today we are embarking on a journey of a story that needs to be told, a way that needs to be traveled and a life that needs to be celebrated. We can’t wait to share this truly amazing story with you #SalaamVenky @revathyasha @ suurajisiogh @shra_agrawal @varsha. kukreja.in @bliveprod @ take_23_studios, “wrote Kajol, who was last seen in the Netflix movie” Tribhanga, “posing for a photo with Revathy on set.

Revathy, who directed films such as “Mitr, My Friend” and “Phir Milenge” (2004) which won National Awards in 2002, shared the same post.

“Salaam Venky” is produced by Suuraj Sinngh, Shraddha Agrawal and Varsha Kukreja. The team is filming the first timeline in Lonavala.